While I am nearing the end of reading NO DANCING NO DANCING Inside the Global Humanitarian Crisis by Denis Dragovic and will then write my review, I wanted to provide the readers with a thumbs-up and STRONGLY recommend that you buy the book now. The genre is Biography/Autobiography; however, I would add Historical, Current Events and Political to the genre list as well. Dragovic has written an eye-opening masterpiece on the egregious impact that humanitarian crises have on human life.

The following is an excerpt from the Preface of NO DANCING NO DANCING Inside the Global Humanitarian Crisis by Denis Dragovic.

“The Freedom Award was not given that year; instead, a Distinguished Humanitarian Award was “presented to Lieutenant-General Romeo Dallaire, the former Head of Peacekeeping Operations in Rwanda. In 1994 he had become a symbol of the world’s conscience after he asked for and was refused, the right to intervene to stop the genocide. Instead, he watched along with millions of others throughout the world as the killing unfolded. Many subsequently asked, how could the West stand by and watch first hundreds, then thousands and then hundreds of thousands of people being slaughtered? As General Dallaire pleaded for support the international community evaded calling the rolling massacre a genocide for fear of being compelled to act. As the days rolled into weeks, there were no street protests in Western capitals, no high-level resignations or damaging exposes of cover-ups. But on the streets of Africa, the West’s inaction became a stain that left many questioning our humanity.

Recalling these memories—of Marco, the slave traders, the Iraqi honour killings and General Dallaire—is more than what is commonly referred to as poverty porn. Their “Their stories leave questions. Is honour killing or slavery justified within the cultural norms of another society? If it isn’t, then what is the right balance between a well-intentioned effort to change traditions and cultural imperialism? And even if we find that Goldilocks sweet spot and act appropriately to stop slavery, honour killings or genocide, but leave the job incomplete have we done more harm than good? Maybe it took the lifeless body of Aylan Kurdi or the lives of young Yazidi girls forced into slavery to take these issues from being dilemmas faced by a few into signs of an emerging global humanitarian crisis.”

I was reading the Preface of the book when I became awestruck by what I was reading, and I did not have to wonder if the book would grab and hold my interest as it already had all of my attention. As I continued to read further into the novel, I remained captivated and found I was responding emotionally within my head. We read the paper and watch the news, but we don’t always get the direness or the complete truth and facts of what’s really happening unless it’s in our backyard or a neighboring state. I will not give you anything more until my review is written. I do want to say as human beings we should all care enough to want to know the truth. Again, I implore you as citizens and readers to purchase and read Dragovic’s book. I have provided links below to four bookstores that will take you directly to the book.  I have also provided a link to the author’s website, as well as a link to his Facebook page.

NO DANCING NO DANCING Inside the Global Humanitarian Crisis is available was published February 20, 2018, and is available to purchase now from the following bookstores:

Denis Dragovic is a fascinating man, and you can get a glimpse into whom he is through his website and be sure to also visit him on Facebook.

Please return in two-three days to read my complete review of NO DANCING NO DANCING Inside the Global Humanitarian Crisis by Denis Dragovic. 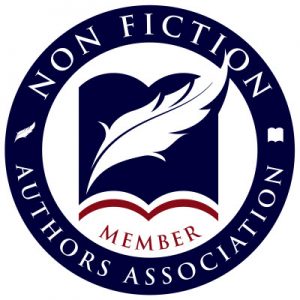